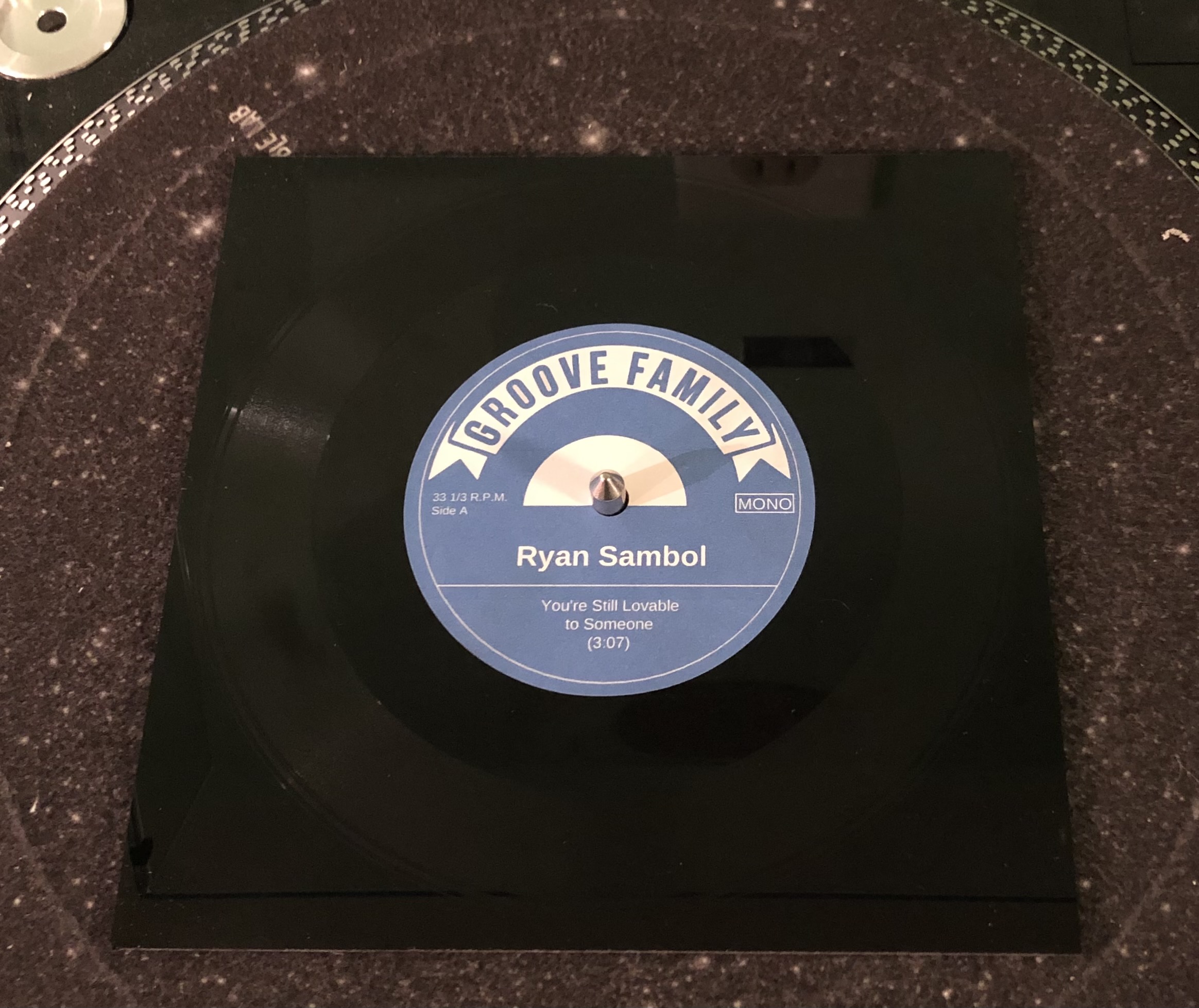 Ryan Sambol is a songwriter, musician, and poet from Texas. For more than a decade, he fronted Austin’s legendary garage outfit The Strange Boys and has been unveiling a series of beguiling solo projects ever since. In 2015, he released Now Ritual, the first album under his own name, as well as a project entitled Peace Mob with the band Living Grateful. After five years of writing, traveling, and living, he is poised to return. Earlier this year, he released Rail Sing: a retrospective collection of songs from the years 2014-2018. And now, “You’re Still Loveable to Somebody” the first single form his upcoming full-length album—Gestalt—emerges from the harrows of pandemic-induced isolation.

Black square made to order 7″ with handmade jackets.

*This is a pre-order, will ship mid- December

There are no reviews yet.